Skip to main content
When You are working on django project, if You make any errors, it will throw a simple traceback on the terminal where you started server.

If you go to browser, you will find a rich traceback like this. 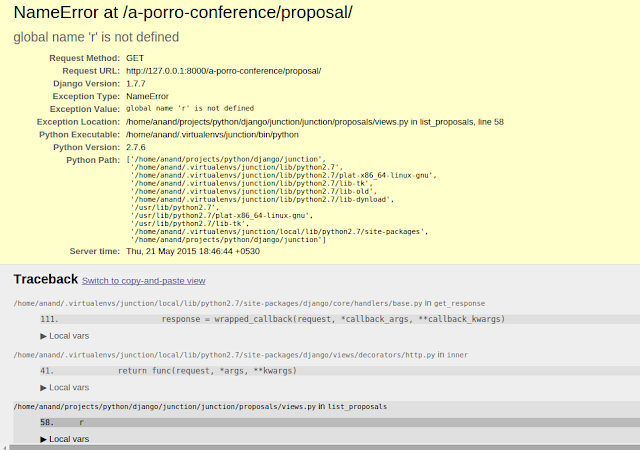 Most Python developers, discover django-extensions within a few weeks after they start working with Django and start using Werkzeug debugger. Werkzeug has lot of advantages when compared to default Django traceback. I also used it for a while. For the same error Werkzeug throws traceback like this. 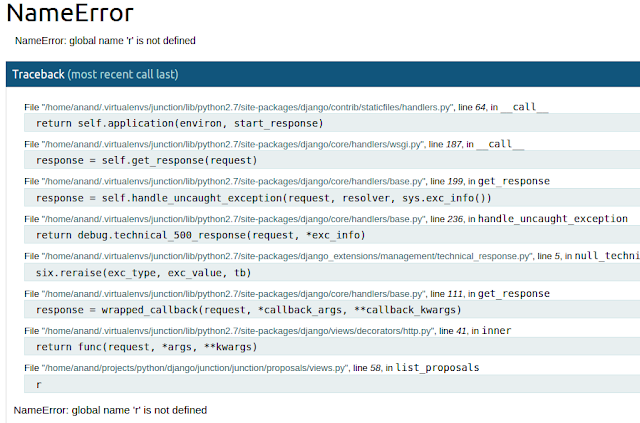 One thing I really like about Django traceback is, the distinction between user code and the internal Django code. Most of the time, developers were looking for the bug in their code instead of looking for a bug in Django. So, Django makes it easier to skip over the frames that doesn't matter and focus on the one which matters most. 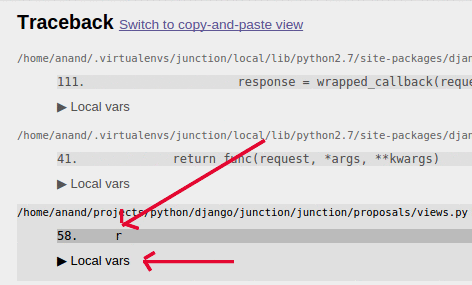 It also shows local vars in that frame. With this You instantly look at the variables to find out why error has occured(see this Django Ticket #11834: for more discussion about this).

These two features make it very easy to track down most common errors.